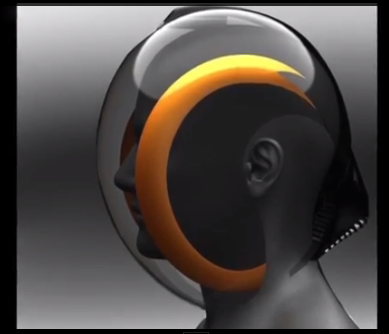 Danish scientists created a crystal that can both absorb and release oxygen, possibly allowing humans to breathe underwater.

According to VICE News, the crystal can hold approximately 160 times more oxygen than we breathe, and roughly 10 liters of it can absorb all the oxygen in a room.

Under the right conditions, the crystal can reach its maximum oxygen capacity within a matter of seconds. Its secret weapon is a cobalt foundation, which binds to oxygen as if it was the iron in our blood.

Christine McKenzie, a nanobioscience professor and leader of the research, said,

This mechanism is well known from all breathing creatures on earth. Humans and many other species use iron, while other animals, like crabs and spiders, use copper.

Small amounts of metals are essential for the absorption of oxygen, so actually it is not entirely surprising to see this effect in our new material.

The oxygen is released when the crystal is exposed to excessive heat or a lack of oxygen.

The researchers at the University of Southern Denmark found that this process doesn’t affect the crystal’s absorption capabilities, no matter how many times it is carried out.

But, the most incredible part is the way the crystal takes oxygen from water just as efficiently as it does from air.

McKenzie envisions a mask covered in cobalt salts replacing the current tank-based equipment used for exploring both the highest and lowest regions of the Earth.