The Future is here. And it’s CREEPY 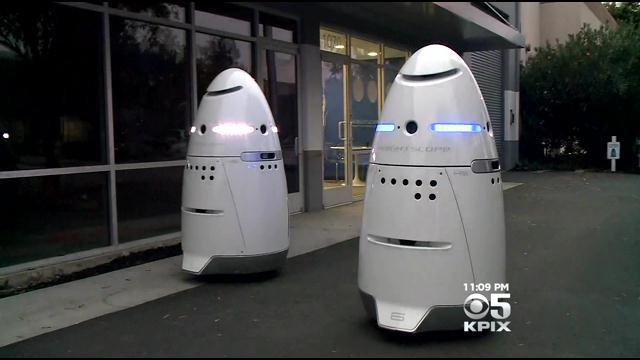 You have to think of the larger implications of this.  Of course they made it look fat and unimposing!!! It’s the first phase. They will keep pushing this.  Slowly.  So no one reacts. Baby steps is the name of their game.  Look at our militarized police now!  If you saw police just 20 years ago compared to what they are now, you’d be shocked!  I’m telling you.  Soon these will be fully functioning, armed, walking robots. San Jose also just bought a drone.  Follks need to wake up and start railing against this… 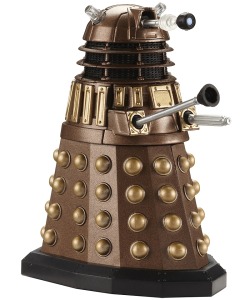 MOUNTAIN VIEW (KPIX 5) – A new kind of security guard is on patrol in Silicon Valley: crime-fighting robots that look like they’re straight out of a sci-fi movie.

“The vast majority of people see it and go, ‘Oh my God, that’s so cute.’ We’ve had people go up and hug it, and embrace it for whatever reason,” said Stacy Stephens, co-founder of Knightscope, headquartered in Mountain View.

They are unarmed, but they are imposing: about 5 feet tall and 300 pounds, which very likely will make someone think twice before committing a crime in their presence.

The security robots are autonomous, meaning they operate on their own. They don’t chase a bad guy down or make arrests.

They are designed to avoid confrontations. When someone steps right in front of one, the robot will stop. Then it will redirect its path around the person. All the while, sending video inside to a control center where a human is monitoring.

If a would-be burglar persists, Stephens said, “Then, the robot is looking at the video, listening for glass breakage, any loud sound that breaking in would cause. We’ll get the license plate, picture of the vehicle, geotag location, and time.”

The robots patrol using a similar technology as the self-driving Google car.

“It has a LIDAR (light image detection and ranging) that’s doing a 3D map,” Stephens said. “It will geofence itself and give itself a perimeter within which it will operate. And it moves around within that perimeter freely and it chooses its own path.”

The company said the robots will be deployed in outdoor settings, such as corporate campuses, college campuses and open air malls.

If someone decides to attack the robot, it could get uncomfortable. When first confronted, they let out a loud chirp and notify the control center. The chirps will get louder and louder as the threat persists.

“A very, very loud alarm,” said Stephens. “Think of a car alarm but much more intense.”

The security robots are now patrolling in the Bay Area.

The Knightscope K5s are in effect at an undisclosed location in the Silicon Valley.

“Unfortunately, I cannot share who it is,” Stephens said. “Soon you will see them everywhere.”

The makers of the robot said they have a long waiting list of about four dozen companies waiting for a K5. They expect to put many more of these robots in place sometime next year.