This is the kind of thing that keeps me up at night.  This is so incredibly abominable.  The fact that this is allowed to happen.  And what’s worse; people actually carry out these experiments.  While laughing!  PSYCHOPATHS.   Share this far and wide.  We can make it stop. 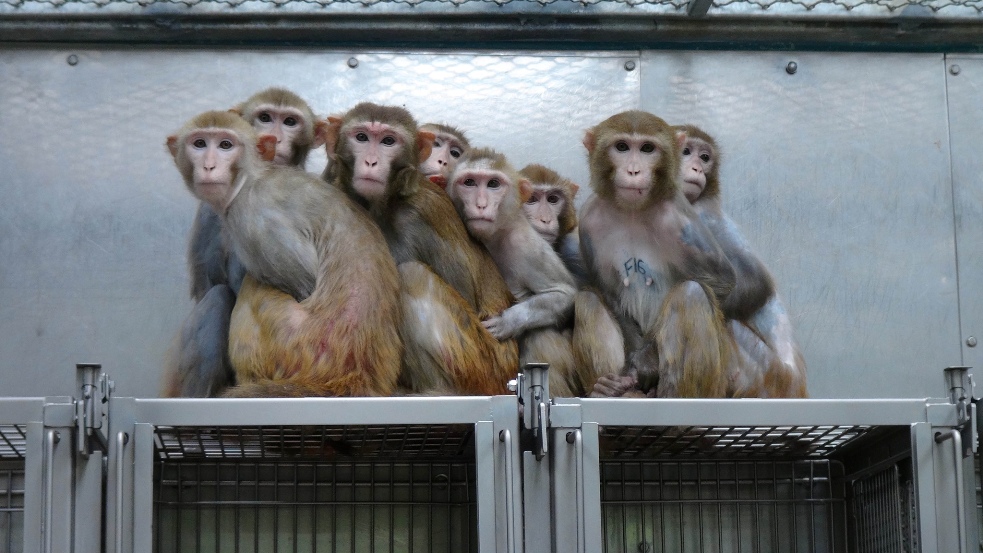 Here are some excerpts from the story.

Where It All Began …

Harry Harlow’s psychological experiments on monkeys in the 1950s, ’60s, and ’70s were infamous for their cruelty. Harlow tore newborns away from their mothers, gave some infants  “surrogate mothers” made of wire and wood, and kept other traumatized babies in isolation in tiny metal boxes, sometimes for up to a year. Realizing that such horrific conditions resulted in long-term, debilitating psychological trauma for the infants, Harlow began expanding his project. He and his then-student Stephen Suomi created the “pit of despair,” a dark metal box designed to isolate the monkeys from everything in the outside world. Within days, the monkeys kept inside the pit were driven insane, incessantly rocking and clutching at themselves, tearing and biting their own skin and ripping out their hair. When finally removed from isolation, they were too traumatized to interact with other monkeys, and some were so shocked and depressed that they starved themselves to death. To see what would happen when tormented monkeys became mothers themselves, Suomi and Harlow created what they called a “rape rack” in order to restrain and impregnate female monkeys, then they would later watch and photograph the mentally ill mothers physically abusing and killing their own babies.

Harlow died in 1981 and, though most people believe his experiments are a thing of the past, PETA has learned that his protégé, Stephen Suomi, has continued to conduct similar maternal deprivation and depression experiments on infant monkeys for more than 30 years in taxpayer-funded laboratories at a National Institutes of Health (NIH) facility in Poolesville, Maryland.

A Cycle of Suffering

PETA has obtained documents, hundreds of photographs, and more than 500 hours of never-before-seen high-definition videos taken inside this NIH facility, detailing the ongoing psychological abuse of baby monkeys in disgustingly cruel and archaic experiments that have been funded by more than $30 million just in the past seven years.

Each year, 40 to 60 monkeys are born at this NIH facility, many intentionally bred to be genetically predisposed to mental illness. Half of the monkeys born each year are separated from their mothers within hours of birth and never returned. Some infants are given a cloth-covered water bottle as a “surrogate” mother. As in Harlow and Suomi’s earlier experiments, these motherless infants are more likely to suffer from severe anxiety, aggression, depression, diarrhea, hair loss, and other physical and mental illnesses, as well as engaging in self-destructive behavior such as biting themselves and pulling out their own hair.

NIH EXPERIMENTERS TEAR BABIES AWAY FROM THEIR MOTHERS JUST HOURS AFTER BIRTH, AND MANY ARE NEVER RETURNED.

The monkeys undergo years of terrifying and often painful experiments to exacerbate their symptoms of mental illness and test the severity of their psychological trauma. Currently, approximately 200 young monkeys are involved in the experiments.

The Video That NIH Doesn’t Want You to See

Videos obtained by PETA—that NIH unsuccessfully tried to charge PETA $100,000 for— show how NIH experimenters terrorize the baby monkeys they have intentionally made mentally ill in recent and ongoing experiments.

The videos and photographs depict only a portion of the torment that these animals endure.

As the babies grow older, they are shuttled between NIH laboratories and subjected to years of additional experiments. Some of the distressed monkeys have devices screwed into their skulls so experimenters can inject their brains with a variety of drugs already being safely used to treat human children and adults suffering from mental illness, including Prozac. Other young monkeys are injected with large doses of ethanol—deliberately turning them into alcoholics which increases their anxiety, aggression, depression, and social withdrawal. Others are sold to Wake Forest University, where they are subjected to similar alcohol addiction experiments.

Many of the monkeys are killed and dissected before their 8th birthday. 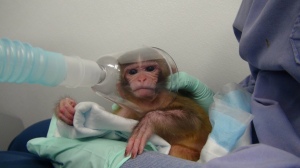 These experiments continue to be funded and conducted even though they are largely irrelevant to human mental illness and the experimenters themselves have admitted that the work is not applicable to our treatment of human psychological trauma and brain disorders.

Suomi has long acknowledged the irrelevance of his torturous experiments. In 1977, he wrote the following:

[W]hether actual data obtained from nonhuman primates have added measurably to our understanding of human development is another matter. … [S]uch cases are relatively rare. Most monkey data that readily generalize to humans have not uncovered new facts about human behavior; rather, they have only verified principles that have already been formulated from previous human data.

After four more decades of these experiments, nothing has changed. In a recent paper, Suomi and his colleagues drew this conclusion:

[M]any findings from behavioral and biochemical studies in monkeys and other animals are not replicated in humans. Accordingly, this study cannot directly address the safety and efficacy of [anti-depressant drugs] in children and adolescents with psychiatric disorders. … [T]his animal model of maternal separation has never been validated as a measure of drug efficacy in humans. … The only way to know definitively whether [anti-depressant drugs work] in humans would be to study our species.

Meanwhile, researchers throughout the country are suffering from a shortage of funds as they conduct human-based research that can demonstrably benefit human health and well-being. Epidemiological studies, modern brain-scanning techniques, and genetic studies with human volunteers have already established, and continue to uncover, the connections between genes, early life stress, and the development of mental illness in humans. 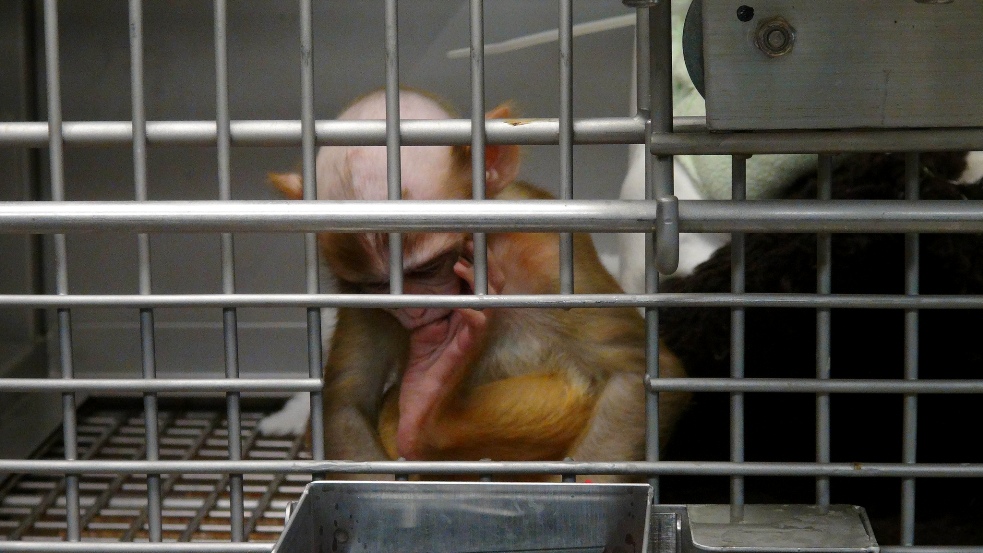 I’m pretty sure they are doing these experiments so the powers that be can more effectively learn how to turn their offspring into psychopaths.