World Leaders Are Full Of Shit…

Italian artist Christina Guggeri has brilliantly created this series of photomontages showing todays prominent political and religious “leaders” performing their “Daily Duties (title of the show)” on their true “thrones.”        Bless her heart.

She depicts these vile, filthy, disgusting creatures in their natural habitats.  Doing what they do best.  Creating a world of SHIT.  Well, at least in the microcosm of a toilet bowl.  But like they say, “As Above, So Below.” 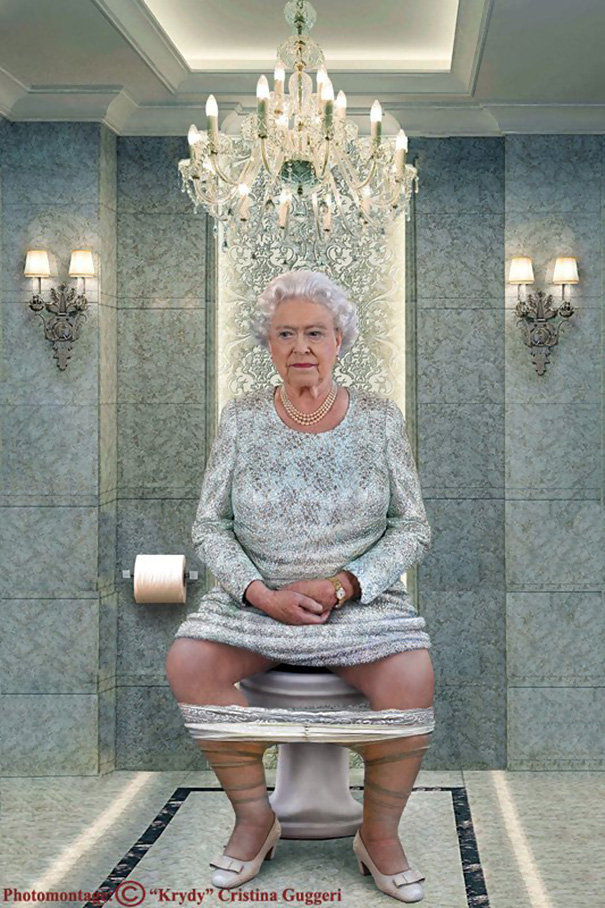 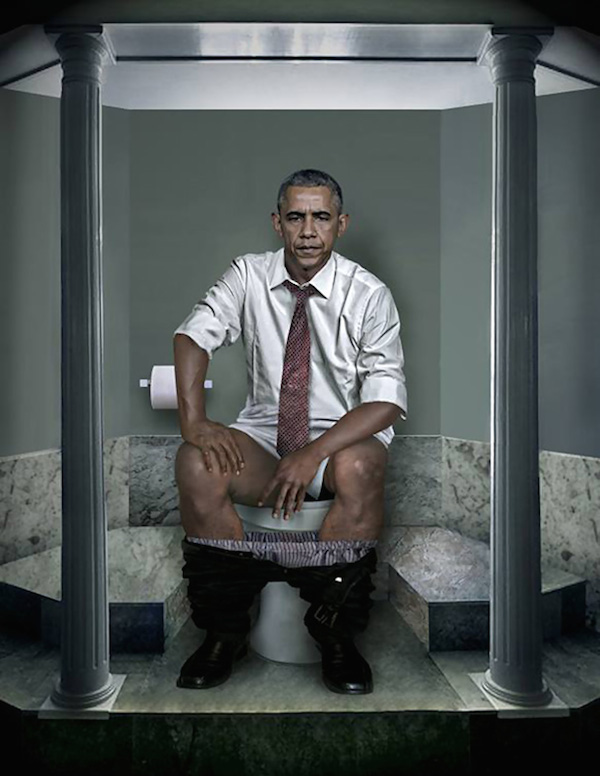 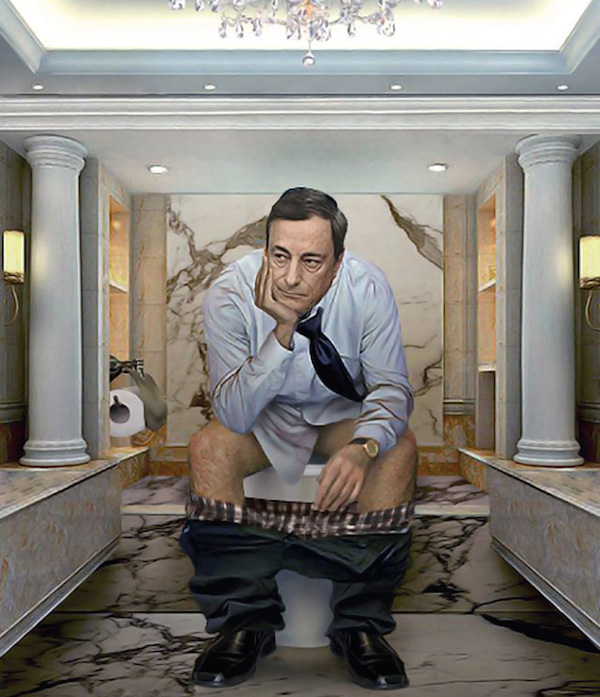 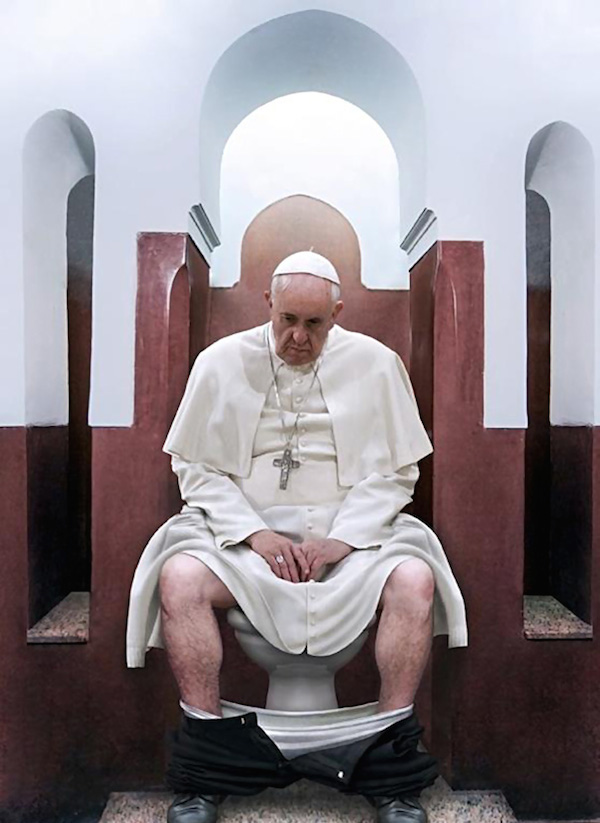 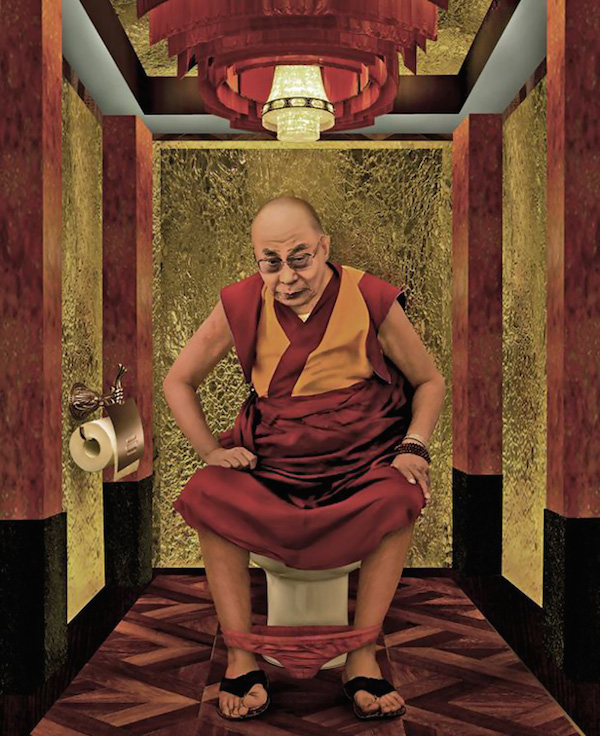 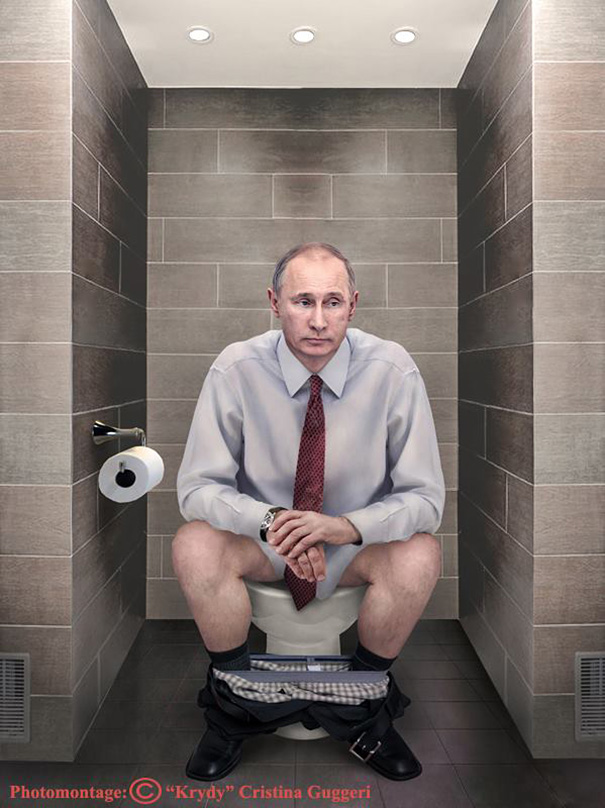 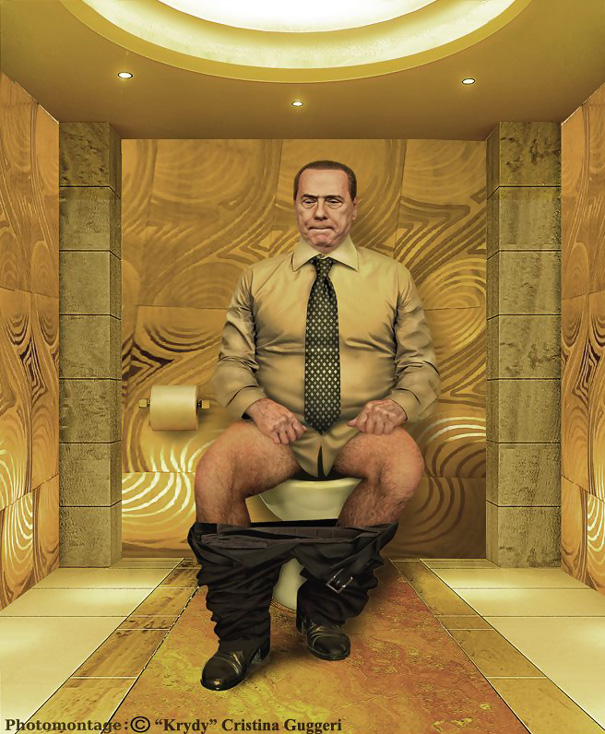 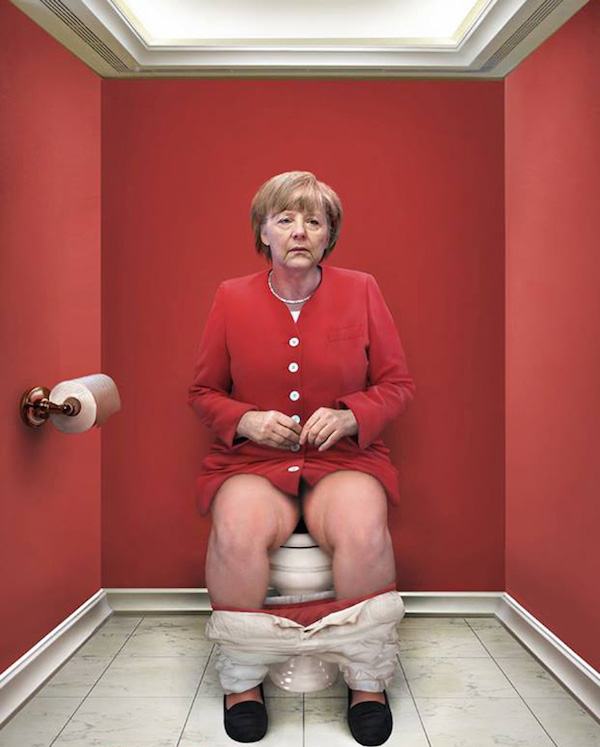 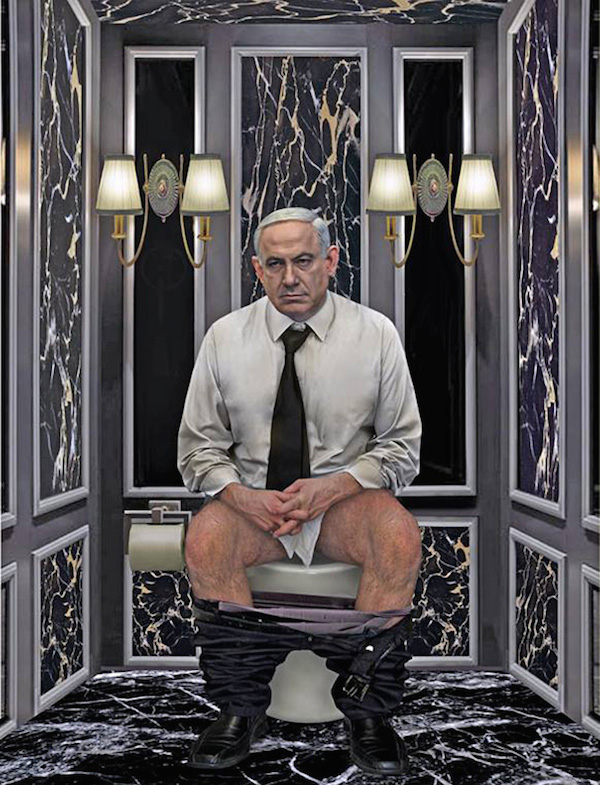 False Flags. Pathetic Propaganda. Warrantless Wars. Ridiculous Religions.  Soulless Spirituality.  Earthly Demise.
And no. I didn’t alliterate the lot of it.  I’m uncompromisingly unpredictable.  Unlike this sad lot.
Yup.
They can sure spin it, sling it, and spew it.
But I love them
Because:
“I am he as you are he as you are me
And we are all together…
Don’t you think the joker laughs at you? (Ho ho ho! Hee hee hee! Ha ha ha!)
See how they smile like pigs in a sty, see how they snied
I’m cryin…”

May they all get debilitating hemorrhoids…

And May this brave artist be careful not to “suicide herself.”