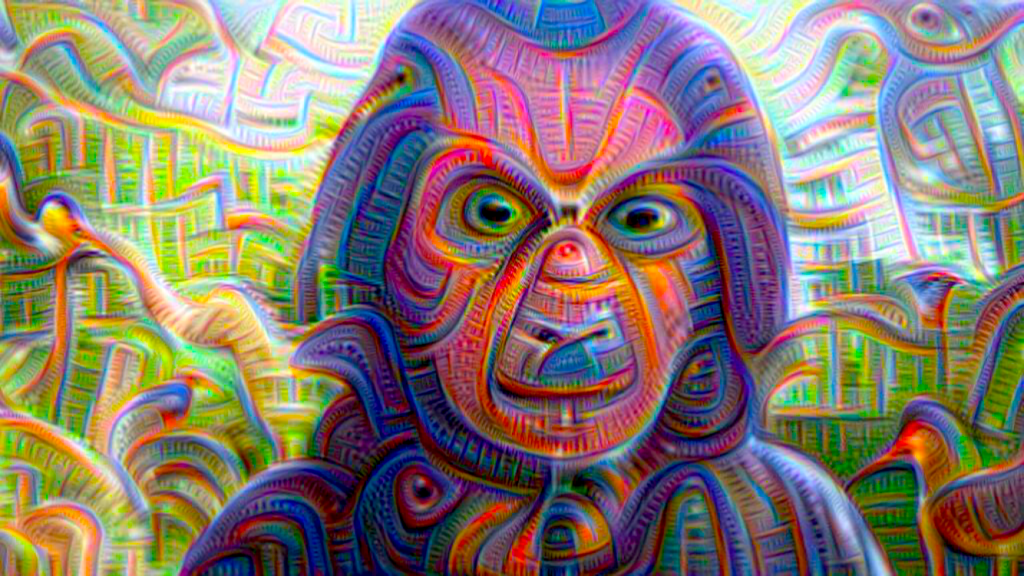 By now, the entire internet has realized that Deep Dream, Google’s artificial neural network, is capable of some pretty trippy images. But what happens when you run a movie about acid trips through the acid trip generator? Fear and Loathing, the way it was meant to be seen!

Some sinister Github user recently published a set of instructions that enable anyone to pump video through Deep Dream. As proof of concept, he gave a scene from Fear and Loathing in Las Vegas the hallucination treatment.

Just as you saw in the still images, the neural network generates bizarre swirls and shapes of unidentifiable creatures. But when everything is moving, the scene becomes as psychedelic as your most intense LSD trip.

You can do more than just watch a Hunter S. Thompson epic with this utility. The Deep Dream Video process will work with any video or audio!!!!!!!!!

The “DeepDream” software, based on code used to detect faces and other patterns in images, would find such a pattern, edit the image slightly to make it look more like that pattern, and repeat.

Over the course of multiple iterations, everyday photos would morph into psychedelic, abstract, images ranging from the beautiful to the grotesque. Many of the edited images featured animal eyes and faces, since that is what the software had been “trained” to recognize.

“The techniques presented here help us understand and visualize how neural networks are able to carry out difficult classification tasks, improve network architecture, and check what the network has learned during training,” engineers wrote at the time.

“It also makes us wonder whether neural networks could become a tool for artists—a new way to remix visual concepts—or perhaps even shed a little light on the roots of the creative process in general.”

For those who are still in the dark about Google’s recent artificial intelligence experiment, here are a handful of images we’ve seen so far from the generator. 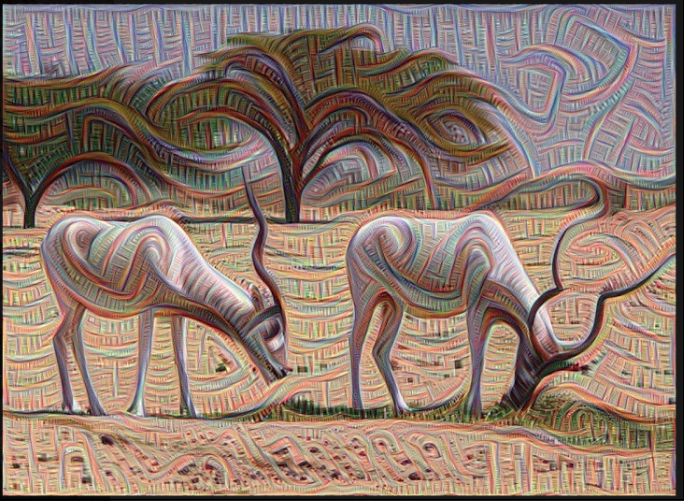 One of the first images created using the software. 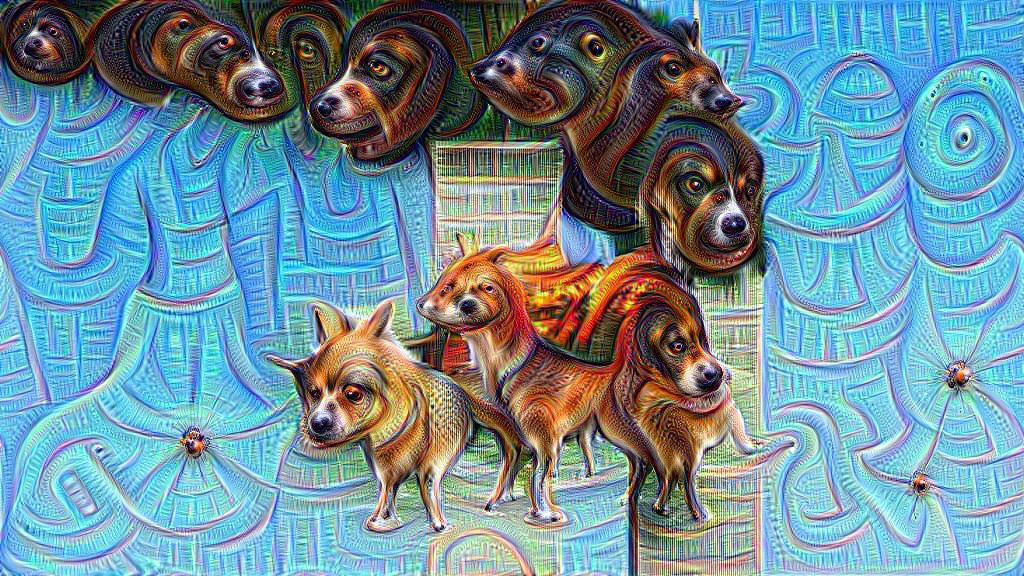 Ahhh Yes… The above is what 911 looked like in a parallel universe. 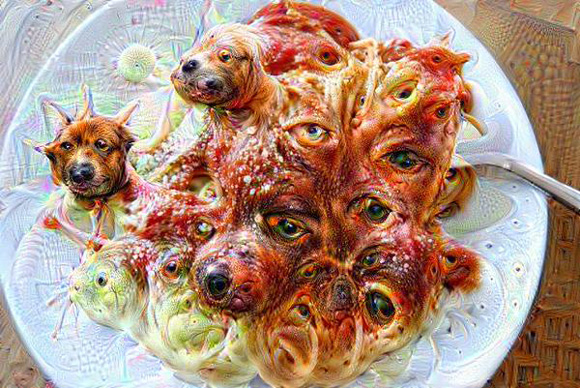 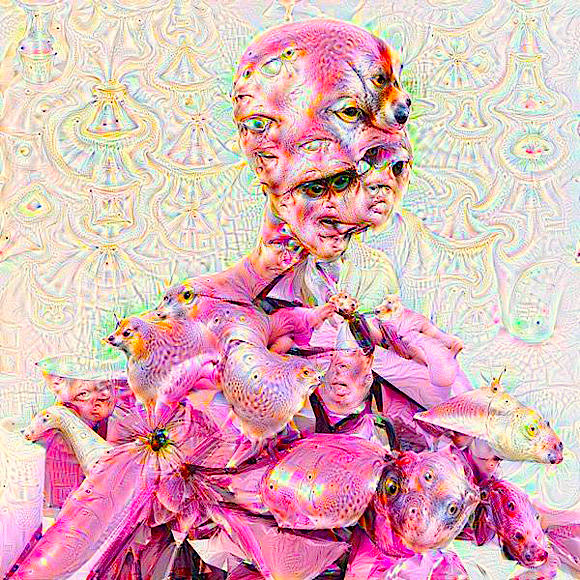 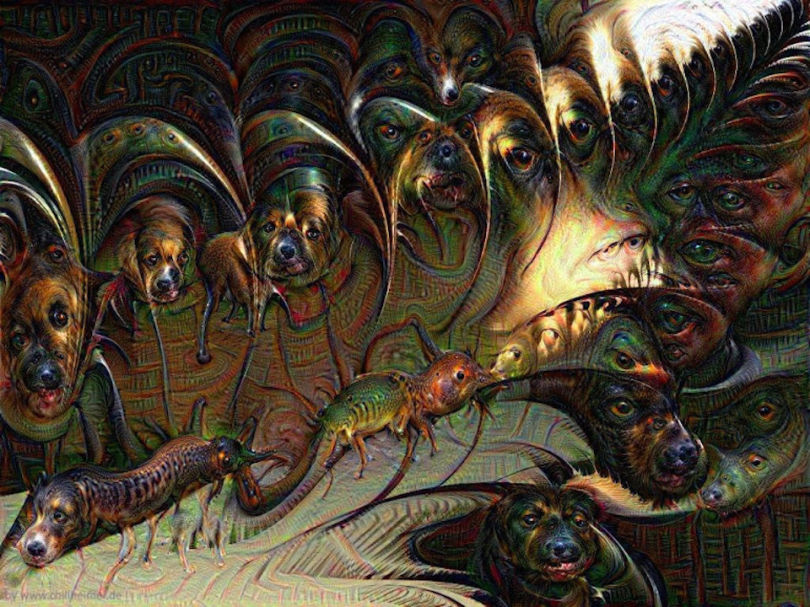 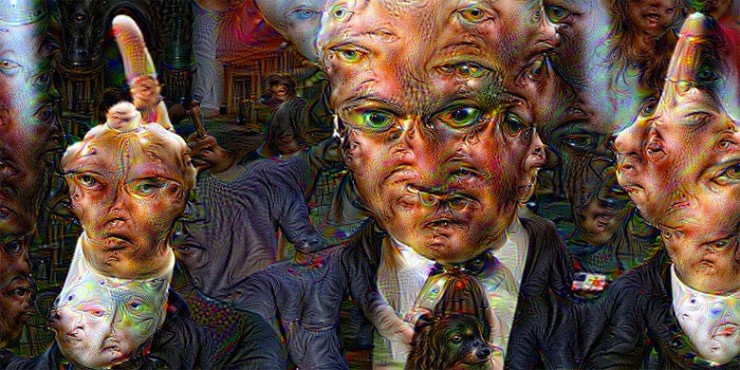 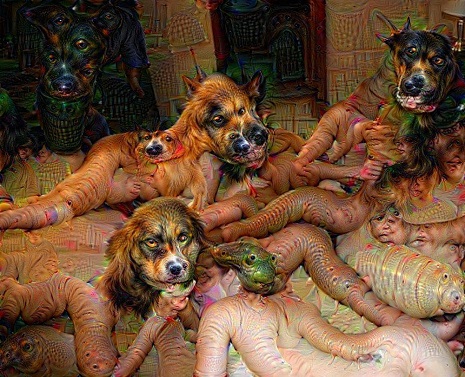 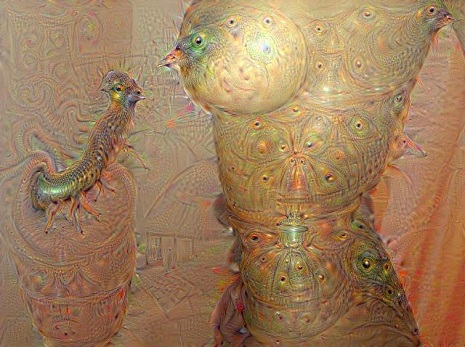 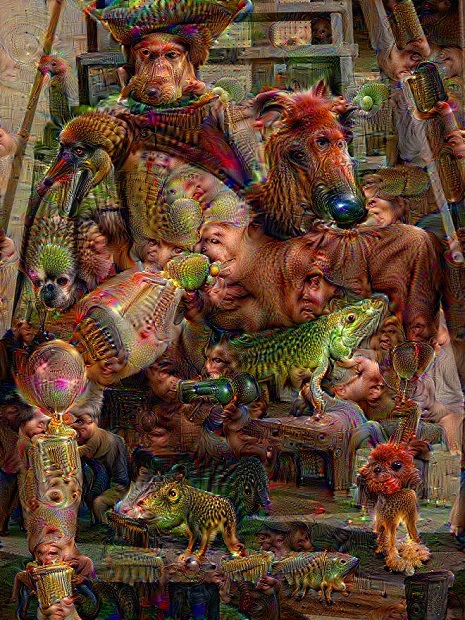 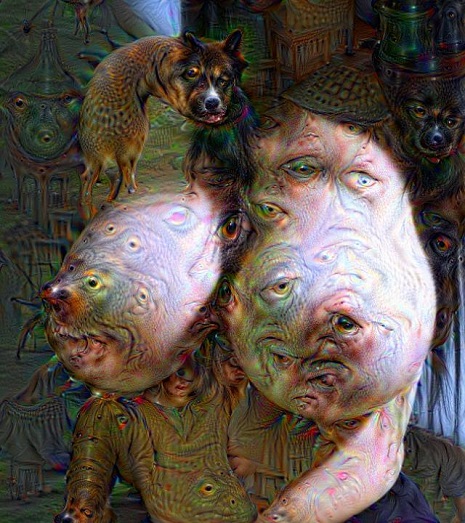 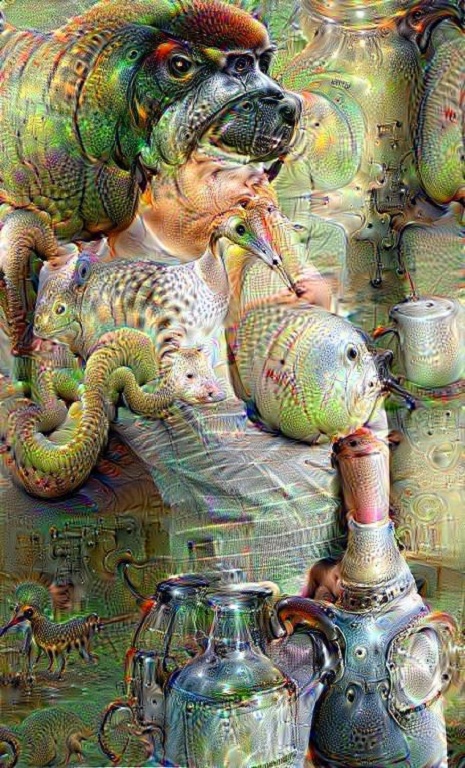 ADDENDUM: For those who would like to use the software. Here’s how.
from: Biztekmojo.com

Google has released the code of its “DeepDream” software to let the public create strange, hallucinogenic images of their own pictures. The machine dreaming code is now available for download on open source website Github.

Last week, Google released many half-horrifying pictures created with the help of this software. The images suggested that the software tends to transform thing into animals, clouds into bizarre llamas, and overlay everything with a rainbow coloring. The pictures included a knight made of dogs and clouds resembling a “pig snail.”

Google is one of many companies that are trying to develop artificial neural networks to simulate thinking process of human brain. Google believes this new tool may help developers get an idea of how neural networks function and carry out classification tasks.

“We have seen a lot of interest and received some great questions, from programmers and artists alike, about the details of how these visualizations are made.” wrote the Google engineers in a blog post.

“We have decided to open source the code we used to generate these images in an IPython notebook, so now you can make neural network inspired images yourself!”

After downloading and installing the software, you’ll need to feed in an image, select parts that you want to be amplified, and the amount of dramatization before getting the final output from the software.

Google is asking people to tag images with #deepdream when posting on Facebook, Google+, or Twitter so that other researchers can also check them.

The DeepDream code is based on Caffe, and to use the software, you’ll need NumPy, PIL, SciPy, IPython, or a scientific python distribution like Canopy or Anaconda.

New users who want to install a full Python environment (for scientific computing and data science) should install the Anaconda or Canopy Python distributions. These provide Python 2.7, IPython and all of its dependencies as well as a complete set of open source packages. You can download IPyhoton from this link.

Prerequisites: Caffe is a deep learning framework that has been designed while keeping speed, expression, and modularity in mind. Caffe comes with many dependencies.

For fastest operation of your Caffe models, install NVIDIA cuDNN followed by uncommenting the USE_CUDNN := 1 flag in Makefile.config when installing Caffe.

For cold-brewed CPU-only Caffe, uncomment the CPU_ONLY := 1 flag in Makefile.config to configure and build Caffe without CUDA.

CUDA nvcc compiler is needed by Caffe for compilation of GPU code. CUDA driver is needed for GPU operation. In order to install CUDA, visit the NVIDIA CUDA website and follow instructions there. The library and the latest standalone driver should be installed separately.

Use NVIDIA cuDNN to speed up Caffe. Install NVIDIA cuDNN from the cuDNN site. For compilation with cuDNN, you’ll need to set the USE_CUDNN := 1 flag in the Makefile.config

BLAS is required by Caffe as the backend of its matrix and vector computations. There are a variety of implementations of this library.

With Python, numpy and boost.python are the main requirements. Dependencies can be installed with:
for req in $(cat requirements.txt); do pip install $req; done

It is however suggested to first install the Anaconda Python distribution, which offer most of the required packages and the hdf5 library dependency. After the installation is complete, you can import the caffe Python module by adding the module directory to your $PYTHONPATH using:
export PYTHONPATH=/path/to/caffe/python:$PYTHONPATH

Don’t import the module in the caffe/python/caffe directory!

Install MATLAB, and keep its mex in your $PATH.

After having all the prerequisites, edit your Makefile.config and change the paths for your setup.

For cuDNN speed up, uncomment the USE_CUDNN := 1 switch in Makefile.config for cuDNN acceleration. For CPU-only Caffe, uncomment CPU_ONLY := 1. To compile the Python and MATLAB wrappers, first set your MATLAB and Python paths in Makefile.config and then do make pycaffe and make matcaffe respectively.

Run make distribute to create a distribute directory with all compiled libraries, Caffe headers, binaries, etc. required for distribution to other machines.

The repository offered by Google on Github contains IPython Notebook with sample code.

The “dream.ipynb” file can viewed directly on github. You can also clone the repository, install dependencies listed and then start playing with code on you system.