One Seed Can Feed The World 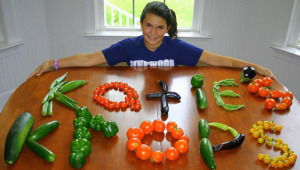 It all started with one very big cabbage.  Now she supplies soup kitchens in 27 states. When Katie Stagliano was in the third grade, she brought home a cabbage seedling as a homework assignment. She cared for it and watched it grow to an abnormal size, then Katie started to … Continue reading

Why Gardening Makes you Happier & Smarter 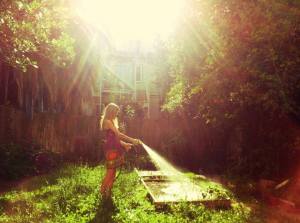 photo: Lee Sayer with Aimee British study shows gardening can ward off depression and improve your mood If you’re feeling a little down, don’t reach for a glass of wine – grab your trowel and head to the flowerbeds instead. A spot of gardening will lift your spirits, a study … Continue reading

Alternative Fuel: Scientists Turn Algae into Usable Fuel in Less than an Hour

Algae has already been touted as a natural healing wonder. Not only does have its high chlorophyll content and special plant compounds been shown to defeat cancer and heart disease, it also shows promise as a replacement for butter and eggs in gluten free and vegan baked goods. Even giants like … Continue reading

DR. KELLY NEFF on 7 September, 2014 at 05:44 Some people might argue that technology separates us from our true humanity. Not in this case. Today, a new and inspiring example of technology being used to connect human beings, build community and promote social action was released to the public. … Continue reading

Flower Said to Bloom Once in 3,000 Years Spotted Across Globe 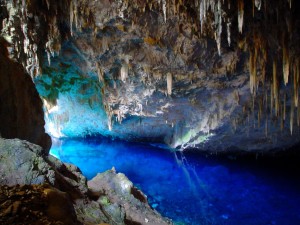 19:00 12 June 2014 by Andy Coghlan A reservoir of water three times the volume of all the oceans has been discovered deep beneath the Earth’s surface. The finding could help explain where Earth’s seas came from. The water is hidden inside a blue rock called ringwoodite that lies 700 kilometres … Continue reading

21 reasons why forests are important

Sunlight filters through a forest in Union Wood near Ballygawley, Ireland. (Photo: Mark Carthy/Shutterstock) Forests cover a third of all land on Earth, providing vital organic infrastructure for some of the planet’s densest, most diverse collections of life. They support countless species as well as 1.6 billion human livelihoods, yet humans … Continue reading

This Story About Cheap Wine Might Make You Gag

Editorial Update: The origins of this story have been called into question, and the post has been updated to reflect that. America loves Trader Joe’s Two-Buck Chuck (or should we say Three-Buck?), because it’s cheap, palatable, and . . . did we say cheap? That’s reason enough for people to … Continue reading